Cave toursFind out about today's tour

Explore this underworld labyrinth on a guided walking tour as you trace the journey of the Owenbrean River and discover its energy as the waters gurgle and splash venturing deeper into the black abyss.

Enlighten your senses as you smell, hear and feel this active living cave around you!  This exciting tour follows the Yorkshire Ramblers exploratory route of 1935 past hidden tunnels, still pools, delicate formations and stunning reflections.

Children 4 years and younger are free but do require a ticket.

16 year olds and under are required to be accompanied by an adult.

History behind the Marble Arch Caves

For countless thousands of years the Marble Arch Caves lay undisturbed in inky black, primeval darkness, while the cave river eroded and dissolved away millions of tonnes of limestone to carve and shape the majestic cave passages.

Rank upon rank of stalactites grew slowly from the cave roof in pitch darkness where a person could spend a lifetime in the cave and never see their hand in front of their face.

Superstition and fear kept the caves free from visitors and complete darkness prevailed until 1895 when two intrepid explorers disturbed the silence and natural order of the caves. The  first beam of light pierced the blackness, breaking the long sleep of the Marble Arch Caves.

Do you want to find out what happened next? Book onto one of our  exciting tours and all will be revealed by our expert and enthusiastic  guides.  The story continues…. 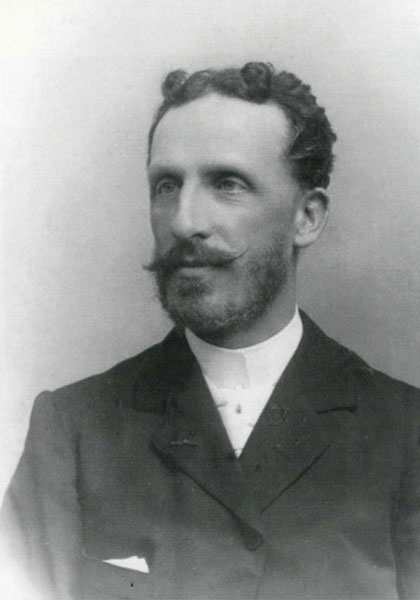 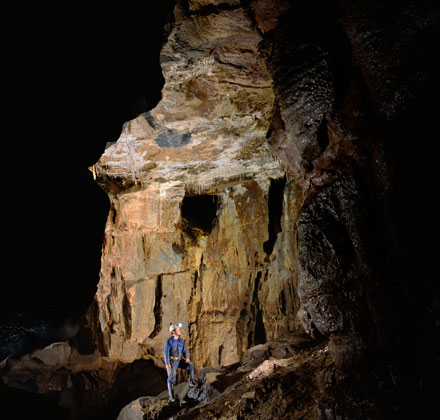 The Marble Arch Caves are just one of the numerous extensive cave systems found within the surrounding area; the existence of caves in this region is attributed to the underlying Geology.

The Marble Arch Caves were formed in limestone rock when water flowing through the rock slowly dissolved it away to leave the chambers, passages and systems that you can explore if you join us on one of our guided tours…

Unsurprisingly the geology of Fermanagh and parts of Cavan is dominated by Limestone. The ability of water to dissolve limestone rock is directly associated with the materials from which it is formed and the way it is formed.  Limestone is a sedimentary rock, formed by the settling and consolidation of deposited materials.  Sedimentary rocks are formed from deposits of material which has originally come from living organisms (chemical/organic sedimentary rocks) or from material derived from weathering and erosion of older rocks (clastic sedimentary rocks).  The name comes from the Latin word sedo meaning to settle or sit down.

The limestone in Marble Arch Caves formed around 330 million years ago during the Carboniferous geological period, when Ireland lay close to the equator.  Located on the edge of a supercontinent, where sea-levels were higher, the area that we now call Ireland was covered by a shallow tropical sea.  The limestones formed by the accumulation of lime-mud on the bottom of this ancient sea floor and from the remains of dead sea creatures that would have thrived in these waters. Limestone is defined as containing at least 50 per cent calcium carbonate (CaCO₃), a common mineral extracted from sea-water by organisms and included in their bodies as skeletons or shells.  Limestone formation is a very slow process; layers and layers of limey deposits build up on the ocean floor and are compacted by the weight of the water over millions of years.  Eventually the layers of sediments are consolidated into beds of limestone rock.

Over time beds of limestone will be laid down on top of one another and as a result beds of different character lie on top of each other.  These breaks in the sequence of limestone deposition are marked by horizontal bedding planes which are very important in the early stages of cave formation.  At first the beds and bedding planes lie parallel to the original sea floor, then over time movements within the earth fold and tilt the beds to form mountain ranges, exposing parts of the rock to weathering.  The beds of rock become fractured through this movement and vertical fissures called joints appear.

Limestone is not a porous rock, it is actually impervious to water because its structure is made up of tightly interlocking crystals. The bedding planes and joints found in limestone are its weakness and when water gets into these it can dissolve part of the rock.  As mentioned earlier, Limestone is defined as containing at least 50% calcium carbonate and it’s this CaCO3 which is easily dissolved by rain and soil water, both of which are slightly acidic.

Therefore, the most important factor in the continued growth of cave systems is water –the largest passages in the Marble Arch Caves have formed where there has been a constant source of water.