Fermanagh and Omagh District Council has confirmed that one of Northern Ireland’s prime tourism attractions, The Marble Arch Caves, is extending its opening period beyond its normal operation time.

150,000 visitors visit the caves annually, throughout the season which runs traditionally from the month of March through to the end of October.

Such has been the demand this year however, that Marble Arch Caves will remain open throughout the year providing an information point and facilities not only for visitors to the 1.5km Show Cave but also for those walking in the stunning surrounding nature reserves and the increasingly popular Cuilcagh Boardwalk Trail.

Speaking about the decision to extend its opening period, the Chair of Fermanagh and Omagh District Council, Councillor Errol Thompson said; “Since opening its doors to the public in May 1985 this wonderful natural attraction, set in the heart of West Fermanagh against the backdrop of the stunning foothills of Cuilcagh Mountain, has been a huge draw for both domestic and international visitors.

The move to year-round opening will not only provide facilities for those visiting during the Autumn and Winter months but also new activities to do in the area which will hopefully attract more visitors to the district during this traditionally quieter part of the year.  The extended opening period will also give year-round employment to our committed staff, who invest so much energy and enthusiasm in providing great experiences to all those who visit the Marble Arch Caves.”

Guided Cave tours will be available, weather permitting, in months when traditionally Marble Arch Caves would have been closed to the public, along with some new “Above the Ground” experiences for all age groups.  This Christmas will also see the return of the Elf Trail, which proved incredibly popular last year. 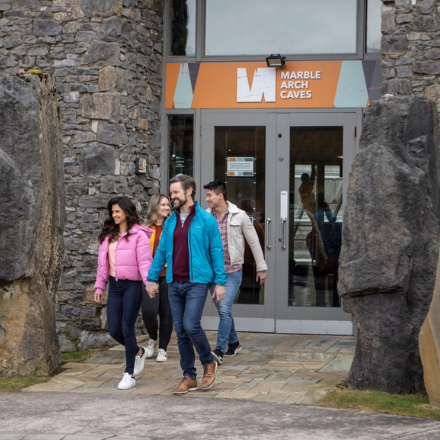