Northern Ireland Opera recently launched a new series of ‘Northern Songs’ films, which celebrate songs by composers from across the island of Ireland, performed in some of Northern Ireland’s most beautiful and historic locations.

Taking Opera underground may seem a strange undertaking, it is extraordinary to think that the properties of sounds in caves, especially those produced by the range of the human voice, were being recognized and appreciated over 30,000 years ago. The shape and materiality of caves make them a natural auditorium, similar to how choirs use domed churches today. The underground chambers, meandering passageways and active rivers made the Marble Arch Caves the perfect natural auditorium for a performance of this kind.

The performance filmed in the Marble Arch Caves is the second in the series to be released and is now available to watch  HERE  or via Northern Ireland Opera’s social media channels from 8pm on 20 May 2020. 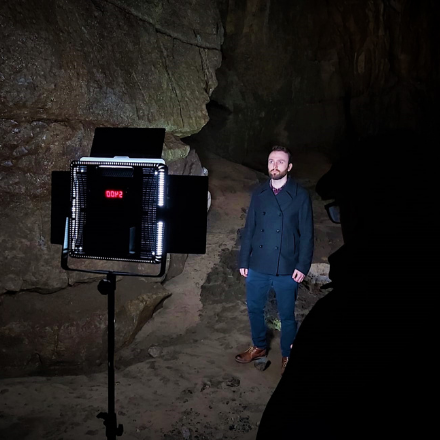